The Grand Havana is a metropolitan area that stretches along the coast and includes the capital and several municipalities; due to its geographical location Havana (Cuba capital) was in the past an important stop in the gold route between Spain and the Americas. They built an important defense system to protect the city from possible attacks.
The defense system La Fuerza, El Morro and La Punta date from the seventeen century and were being increased along the years and in the eighteen century had a length of about 6 km of fortification. Today is known as Havana Vieja. It is considered UNESCO Heritage.

The city still retains the colonial design and has several historic buildings and monuments of the sixteenth and seventeenth centuries, such as the Plaza de Armas which provides a stunning backdrop of the city, the Plaza de la Catedral that is in excellent condition and still Cathedral San Crastóbal with its baroque style.
We can also enumerate other prominent worthy points as La Plaza de la Revolucion, the Paseo del Prado and the Capitol, which is the zero point of the island, or is 0 km and from this point that calculates all distances the island.

Apart from all these attractions we can not forget the Christopher Columbus cemetery and the Miramar district, one of the most imposing of the city.
The city of Havana is divided into 3 parts, Old Havana, Downtown Havana and Vedado. It is a city full of life and color, the best way to know is to wander through numerous streets and squares.

How to get around?

Walking – Is the best way to discover the city, you can check all the main neighborhoods in one day.

Habana Bus Tour – The concept is well known in many cities worldwide. Paying a ticket from 1 day (3 to 5 €) and get to know the entire city in those open top bus. So you can have an overview of the city and step out and back in whenever you want in most parts of the city. Havana is an excellent option since public transport is a little disorganized.

12 Things to do in Havana

Malecón is the city breakwater with about 4 km, is a trip that goes from the past to present, from the historic center of Havana to the new district of Vedado. During this tour you can see hundreds of colonial buildings, many restaurants with balconies, ideal to drink a mojito at sunset sunsets while watching the locals fishing and diving. This tour can be done by foot or in a Classic car. 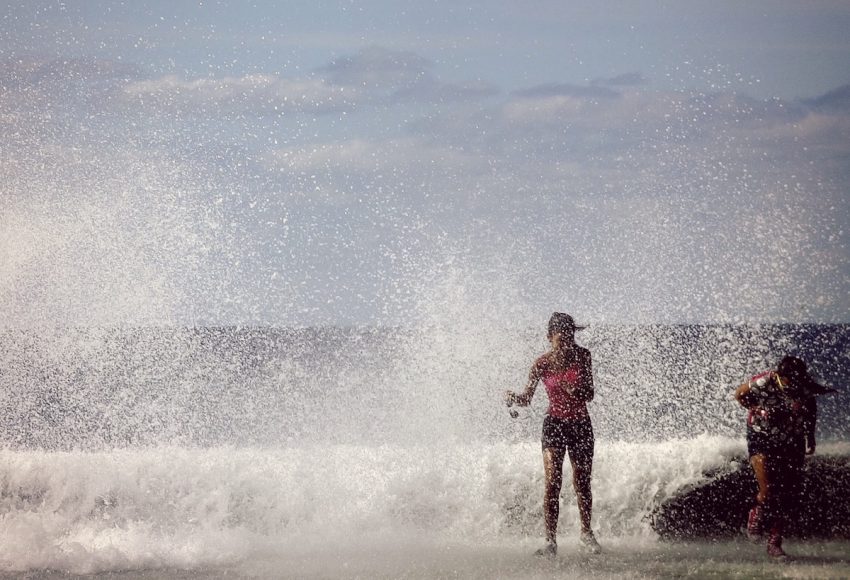 In this square, which is one of the symbols of the city, we find the Cathedral of St. Christopher, the Colonial Art Museum, the famous Mother of Santo and around the corner the Bodeguita del Medio. The cathedral was built in the XVIII century, the facade is of Cuban baroque style, with two asymmetrical towers. It is considered a national monument and one of the most beautiful churches of America.

Initially it was just a restaurant. Today we highlight the shots of run and the famous Mojito (it was that mojito has borned). The bar was known by intellectuals who spent their days there, including Ernest Hemingway and Pablo Neruda. It is mandatory to pass there, drink at least one mojito and dance for a bit.

Another famous bar of Havana is the “Floridita” where the Daiquiri was born. Formerly known as “La Piña de Plata”, the bar is also a Barman school. It’s a classic you should not miss. You can listen to music from the famous singer Celia Cruz while drinking a cold cocktail, all of Cuban essence. Certainly you will keep the desire to repeat several times.

It is certainly one of the most famous square in Cuba … Consisting of several baroque buildings of the colonial era, and in particular Castilo de la Real Fuerza, the Palaces of Los Capitanes Generales and the Hotel Santa Isabel. The square is quite busy for most of the day, here you will find antique fairs, people dancing on the sidewalks … the ideal place to sit on a terrace or garden bench and observe the lifestyle of the Cubans.

Built in the late XVIII century., This palace of Cuban baroque style, was originally the home of several Spanish generals. Later was a US administrative centre and then the Republic Palace. Today is the museum of La Ciudad.

It is probably the most emblematic building of Havana. Opened in 1909, the former headquarters of the Cuban government is a replica of the White House while the dome is inspired by the capitol of Paris. Until the 50s was the tallest building in the country (+1 Meter that his Washington brother). Although, currently is under refurbishment to become the National Assembly of People’s Power of Cuba. At least a visit to the capitol exterior is unmissable.

Another very busy square is Havana’s Central Park. The garden is surrounded by the Capitol, the most exquisite and classic hotels of the city, including the England hotel (which is said to be the basis of all the conspiracy of the revolution) and the Hotel Plazathat hosted personalities like Albert Heinestein .
In one corner of the square is still built the Havana Gran Theatre and The Cinema Payret, opened a year after the Lumiere brothers present their invention in Paris. 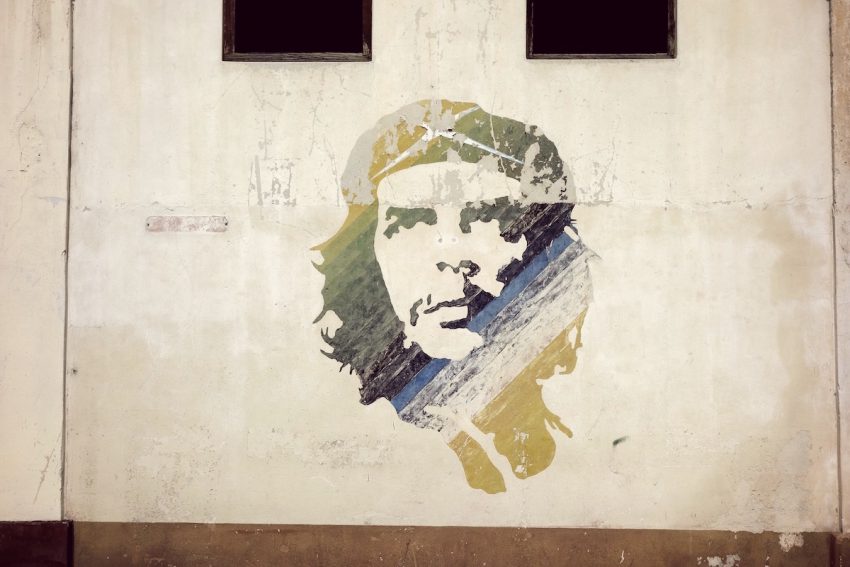 The most picturesque of Havana was once the preferred site of aristocrats where they showed their carriages . It was used for carnival and military parades. There were bands scattered along the avenue for the entertainment of people. In 1927 a French architect was responsible for the rehabilitation of the Prado and it’s just like it is today, with bronze lions and marble benches. The most chic avenue of the city has some of the finest examples of colonial architecture and any façade is worthy of a photo.

Designed by a Cuban and another Belgian architect, the building has Neo Classico elements and is decorated by Tiffany of New York. It was opened in 1920 and since then the home of several presidents. Today is the revolution museum and can be visited for a better understanding of the history of Cuba through photos, sculptures and documents.

Chinatown district of Havana appeared in the century XIX but it was in the following century that became known for modern style. It was here that people moved to buy fish, fresh fruit and vegetables, as well as attending plays and opera, or even to play in Casino. Here we find a mixture of tropical and Oriental. It’s an interesting neighborhood to wander around. 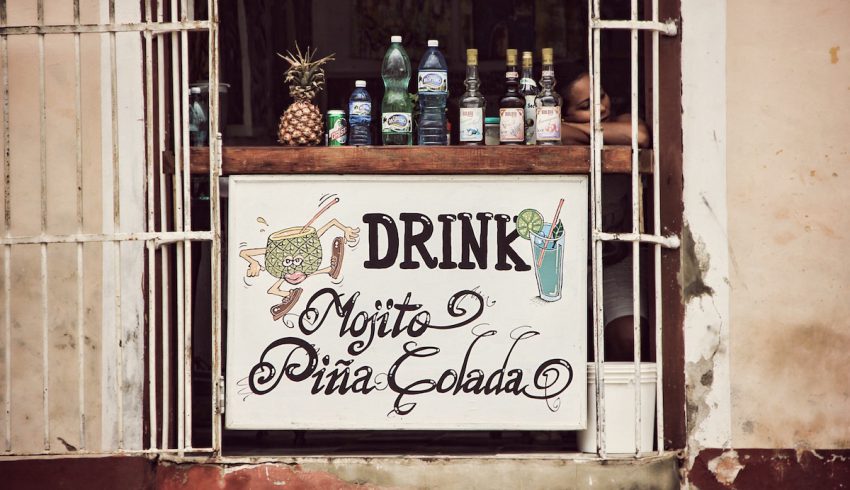 The largest square in Cuba is located in the district of Vedado, one of the richest areas of the city. In Vedado area are the most modern hotels in Havana as well as nightlife. Returning to the square … Built by Baptista regime, the square was renamed after the victory of Fidel Castro. Although not being a beautiful square, is interesting to visit for its important history. Here we find the memorial of Jose Marti (the highest point in Havana and also viewpoint), and two buildings with facades recalling the face of Che Guevara and Camilo Cienfuegos. It is an important place for celebrations and hosted the last Pope’s visit to the country.